Max Out Your Pension Woman! 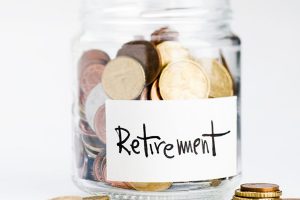 With a female Prime Minister in Number 10, it’s hard to argue that women are still at a disadvantage in the workplace, but you still plan to wax out your pension if you’re a woman. The Office for National Statistics, which does an annual survey of men’s and women’s wage rates to monitor discriminatory pay, suggests that in some periods, during their 20s for example, women may actually earn an average of 6.5% more than men.

But while any gender pay gap in the UK is disappearing, overall it still stands at 9.4%.  From their 30s, men start getting paid more, and from 40 upwards, the gap grows. This may be partly due to entrenched attitudes affecting older workers, but more significant is the fact that it is mainly women who take time out of the labour market to raise families.

More women tend to work part time. With families to care for, fewer are able to work the same overtime as men, and a higher proportion of women work in administration and caring, where pay tends to be lower.

So even without sexism and discrimination, women tend to be worse off at work.  But what may be even more important, they may be much worse off when they retire, too.

Research by the Fawcett Society, the UK’s leading gender equality charity, and the University of Sheffield found only 52% of British women are saving for their pensions, compared with 60% of men.

This percentage continued to drop for older women, with 25% of 30 to 49 year olds saving nothing for their retirement, compared with 15% of men from the same age group.

Women taking part in the research wanted to be financially independent, but many had cut their own pension contributions as a result of taking time out of work to look after children, and were relying on their partner for secure retirement.

The typical picture is that the male partner is the main breadwinner and the main pensions saver. Women who return to work after a career break may still face additional costs for childcare, and leave their pensions on hold.

The biggest pension pot you can save is a must

Saving for retirement is actually becoming more important for women. Relying on a partner’s pension may be unwise when a high proportion of marriages and partnerships end in divorce and annulment.  All of us are living longer, which means women who take a career break might easily find themselves needing to fund a retirement that is longer than their time in work.

A worse deal for women

Auto enrolment (AE), which sees all workers joining a company pension scheme may go part of the way to address this by making starting a pension automatic on rejoining the workplace, but AE payments will not be enough to ensure sufficient income in later life.

Major changes to state pensions will also do little to improve the retirement prospects of women, and many will see this as one area where greater equality means a worse deal for women.  The State Pension age will no longer be 60 for women, and is changing to 65 and increasing in stages, alongside men, until it has reached 68.

Campaigners are working to address this inequality, but with a pensions black hole in the billions and an economy heading into uncharted waters after Brexit, women cannot rely on the government to provide help any time soon.

It’s clear that while woman may slowly be winning the battle for equal pay in the workplace, they are still at a serious disadvantage when it comes to pensions. Solutions exist, and proper pension planning can help to overcome pensions inequality.

A personal pension is a tax efficient way to save, and most women as well as men would value anything that keeps more of their earnings out of the reach of the taxman. It’s not the only answer, and running a Lifetime ISA alongside it can be another way to boost retirement wealth. There are plenty of options women can take to redress pension inequality – and the sooner they start, the more effective those options can be.

For expert advice on the range of solutions available, contact Karen today.

Information is based on our current understanding of taxation legislation and regulations. Any levels and bases of, and reliefs from, taxation are subject to change.

The value of investments can go down as well as up and you may not get back the amount invested.

More from Our Financial News